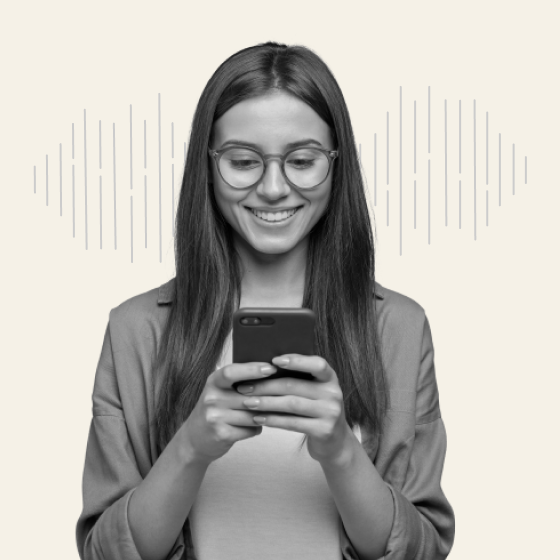 How To Record a Phone Call (the Easy, Legal Way)

Everything you need to know about recording phone calls, from technology to the law.

How to record a phone call

While iPhone and Android phones have revolutionized communication, they still don’t offer a built-in way to record conversations.

That means people who want to record phone calls have to find their own solutions.

You can always record your call the old fashioned way — by putting your phone on speaker and using another phone or external recording device to record. However, this method will almost always result in low-quality and difficult-to-understand recordings.

For better-quality audio, plus ease of access to files and extra features like transcriptions, you’ll want to use a third-party app or hardware solution that’s specifically designed for recording calls.
‍

Choosing the best way to record a phone call 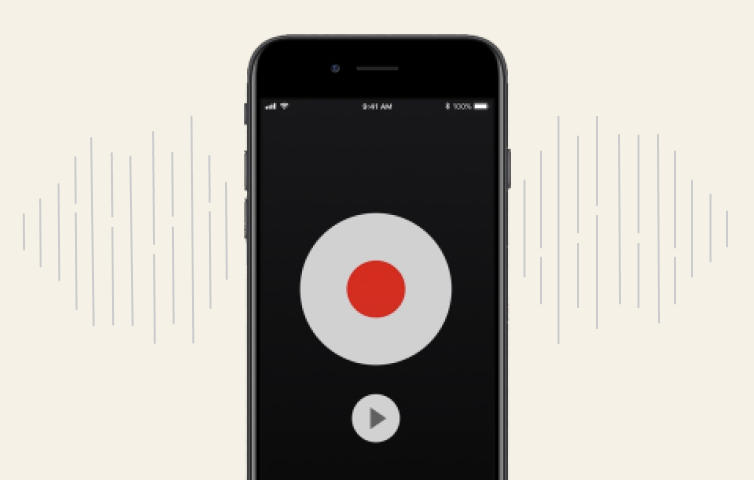 Dozens of free and paid smartphone apps are available to record phone calls directly from iPhone and Android devices. Of course, some are better than others.

One of the best-reviewed and most popular phone call recording apps is TapeACall, which uses cloud storage and high-quality audio to record phone calls.

Recording for both incoming and outgoing calls

Many users would prefer to use a free app to record phone calls. Free apps are available, but usually come with some trade-offs.

When selecting a free recording app, be sure to perform due diligence on the following before you download:

Ability to record both incoming and outgoing calls 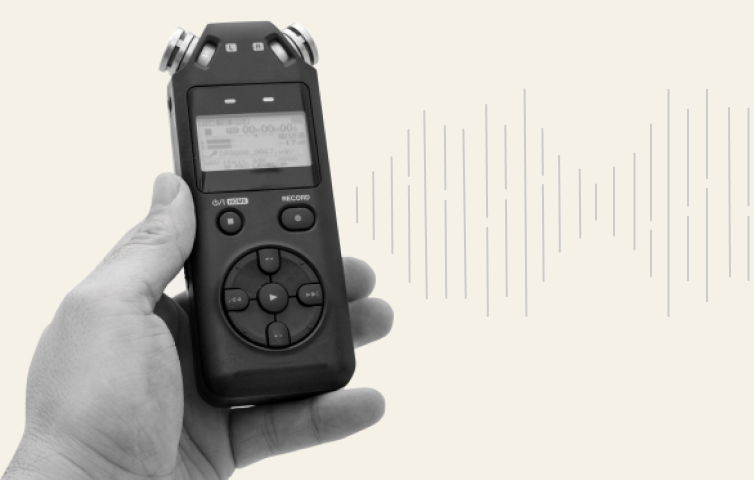 Physical recording devices like pocket recorders can be used to record phone calls. This is a good option if you want to record locally to a memory card, rather than your device memory or the cloud.

Many recording devices include headphone jacks or Bluetooth connectivity for easily connecting the smartphone to the recorder.

However, physical recording devices come with some pitfalls. They are much more expensive than most apps — many cost more than $100 — and of course, you have to have them with you if you want to use them, which means you might be stuck without a means to record when an important call comes in. 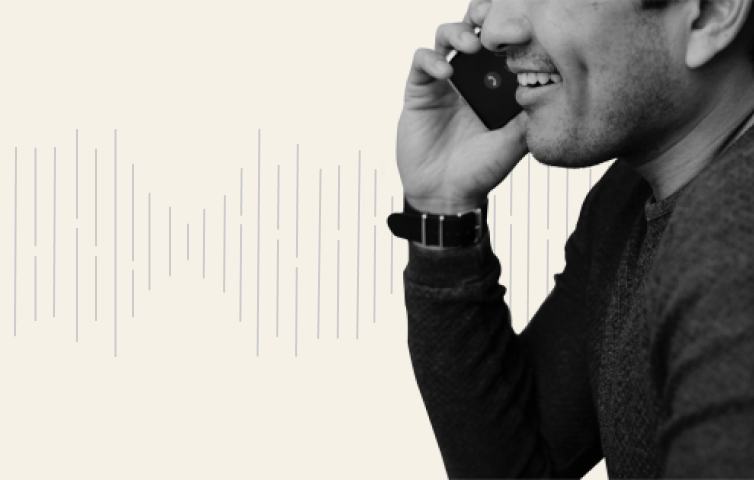 A popular workaround for recording calls, recording via your voicemail is more of a “life-hack” than a recording solution.

To do it, you start a three-way call and dial in your voicemail while you’re on the phone. Theoretically, your mailbox will then record your conversation as if it was a standard voicemail.

This tactic comes with many risks. If you get the mailbox menu rather than the recording function, or you fill up mailbox memory during the call, your recording may be lost. Accessing, storing, or downloading recordings is also a pain with this method.

Recording via your voicemail only works on some carriers, and it’s only user-friendly if you have visual voicemail enabled.
‍

Is it legal to record phone calls?

Yes, recording your phone calls is legal. But in some U.S. states, you’re legally required to ask for permission from the other person(s) on the call. Here’s the state-by-state breakdown:

Disclaimer: The materials TapeACall makes available in respect to telephone recording laws are for informational purposes only and not for the purpose of providing legal counsel. You should contact an attorney to obtain advice with respect to any particular question, issue, or concern. 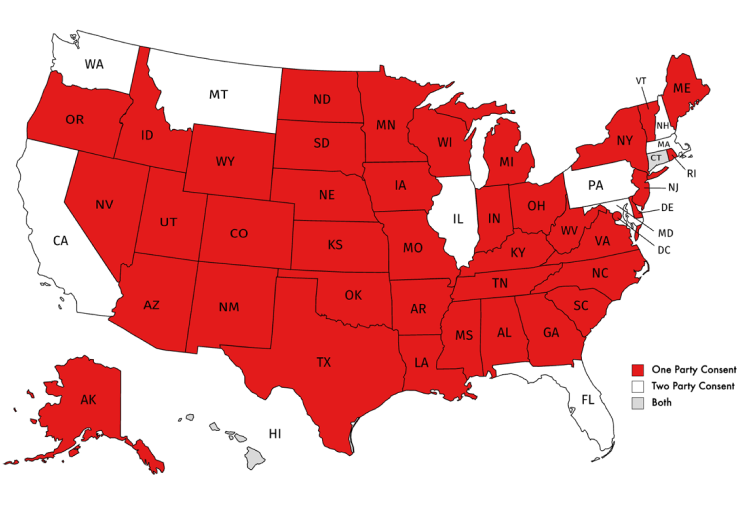 What is one-party consent?

Recording a phone call in a state with one-party consent requires just one party involved in a conversation to give permission in order for the recording to be legal. That party will usually be you.

One-party consent is another way of saying that it’s illegal for you to record other people’s phone calls in secret.

Where does one party consent for phone call recording apply?

What is two-party consent?

11 states require both parties in a conversation to consent to recording in order for phone call recordings to be legal.

Where does two party consent for phone call recording apply?

What about recording phone calls across state lines?

Federal law mandates that only one-party consent is required.

However, the law gets fuzzier when one or both of the states involved have their own rules.

If you’re calling across state lines, it’s best to be safe — use two-party consent in any instance where you’re not certain about the legal guidelines in both states.

Some states have laws concerning phone call recording that make exceptions for special circumstances, and many have additional laws that go beyond standard one- or two-party consent. Here are a few examples of these exceptions.

This list is not comprehensive. Review your state’s laws regarding phone call recording on an official .gov website to understand the specific laws in your state.

California — One-party consent is legal in situations where one of the parties is threatening kidnapping, extortion, bribery, human trafficking, or other felony violence

Connecticut — All parties must be notified of electronic recordings, with a few exceptions

Massachusetts — “Secret” recordings are banned, and there is no “public location” exception for recordings

Wisconsin — Only two-party consent recordings can be used in court

Why do people record phone calls?

People often associate phone-call recording with nefarious purposes, like spying. But there are plenty of perfectly reasonable and legal reasons someone might want to have access to phone call recordings and transcriptions.

Here are just a few of the common use cases for recording phone calls:

Journalism — Getting a conversation on the record? It’s useful to actually have a record. Recording a phone call allows journalists to save exactly what their sources say for later publication.

Legal meetings — Attorneys often record conversations with their clients, as well as witness depositions and other meetings. Phone call recording apps make it possible to document all calls related to a case.

Evidence of harassment — Documenting evidence of harassment, abuse, or threats can be immensely valuable in legal proceedings, from obtaining a restraining order to proving wrongdoing in civil or criminal court. Cut through the he-said-she-said with a recording of that phone call.

Personal use  — Hold onto the oral traditions of your family, from favourite recipes to stories and beyond. Capture a personal message from an important moment in your life. There are so many conversations you want to keep with you… phone call recording helps you do it.

Here are some best practices you should know to get the most out of your phone call recordings.

Start with the best recording tool — Trying to salvage poor quality recordings taken from speakerphone or voicemail is a waste of time. Start with an app that can promise high-quality recording, a good user interface, and valuable perks like transcriptions, cloud storage, and easy sharing.

How do I ask for recording consent?
Getting the go-ahead on recording a conversation doesn’t have to be awkward. Here are three approaches to take:

“I’m going to record this conversation so I can take better notes, do you mind?”

“Mind if I record this chat so I can be sure to get your quotes correct?”

Ensure your audio quality is good — Even when you’re using a third-party app to record a conversation, the same considerations that make a phone call clear in any situation apply. Make sure you have a strong cell signal, and use headphones or a headset with a built-in microphone rather than the handset mic.

Offer to share the recording with the other party(s) — Most people will agree to being recorded, especially if you’re willing to give them a copy of the file. In many use cases, it’s polite and can even reduce friction in the conversation. Apps like TapeACall make it easy to send recordings via email, Google Drive or other channels.

Keep your files organised — Recording lots of calls? Your files can quickly get cluttered when you don’t adhere to strict naming conventions, including dates, topics, names of participants, and search keywords. You never know when you’re going to want to find something you recorded ages ago!

TapeACall offers unlimited recording and secure storage. Plus, it’s pre-loaded with AWS- powered transcription to turn that talking into text without all the typing.